Where in the world is Black Rock City?

I hear a lot of hay made online about how Black Rock City is in a different location each year to even out the impact on the playa surface. But I wonder, how true is that exactly?

BMORG makes available a very small amount of geospatial data at their datamart, but this set is only the location of the Man himself, for 2014 and later years. Earlier years I had to transcribe from old maps or old satellite photos. The cool thing about geospatial work is you can get all this neat data and line it up together! This is very satisfying to my magpie tendencies.

(This article is mostly just screen caps from QGIS because, while I did study geography intensively in school, I still don't know how to make QGIS work nicely.) 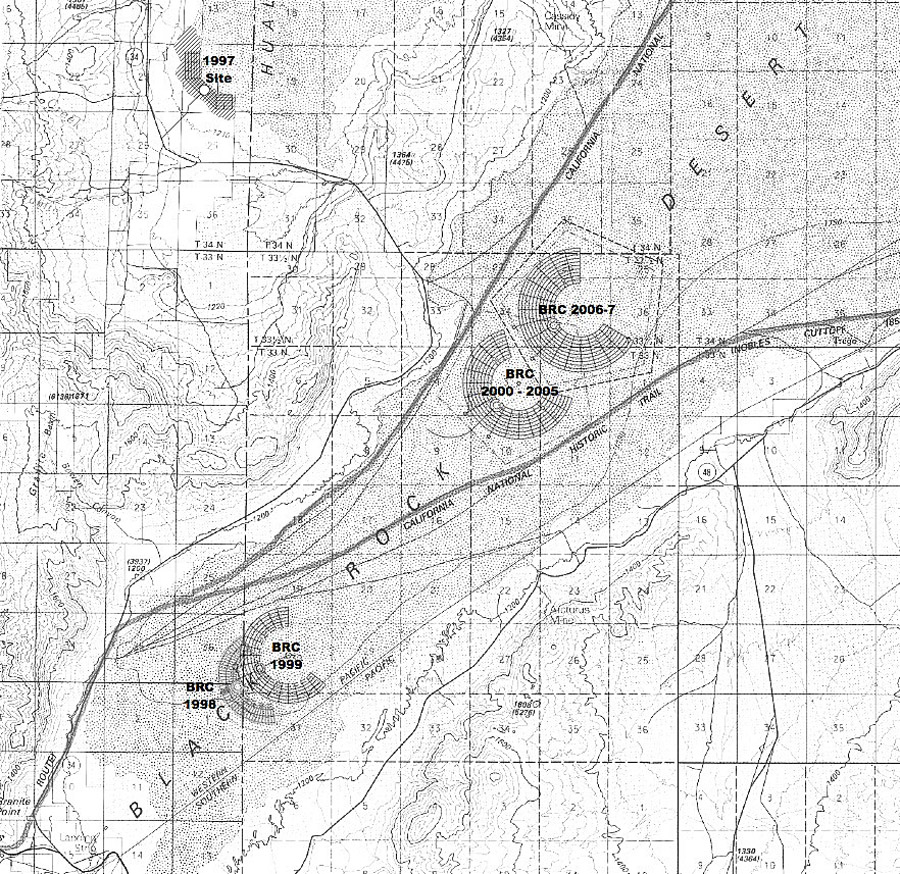 The only decent map I could find online was this one, published in an article by Rod Garrett. Decent is kind of an exaggeration here; this is a black-and-white scan of an annotated USGS topo map. Still, it's enough to start with. Using the shared landmarks with the 1981 USGS topo quad "Gerlach, NV", I georeferenced it. A bit sloppy, but nice match nonetheless! 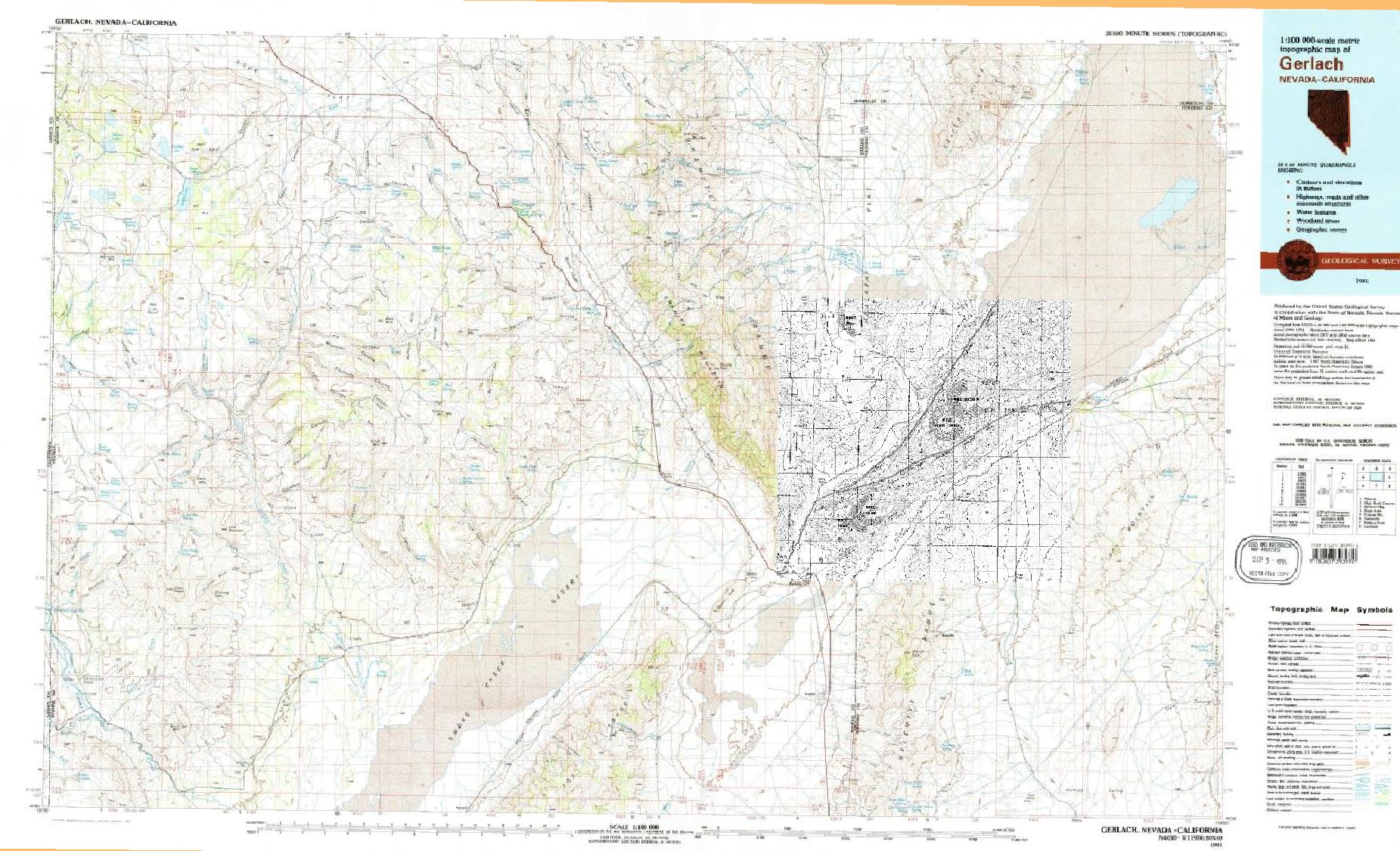 But this map only shows a few years, and it's a little bit ... imprecise? So I downloaded LANDSAT imagery for late August of every year since 1999. LANDSAT comes with its own issues though ...

for TEN YEARS the only good public imagery of the earth had fucking black wedges cut out of it because a damn bearing siezed up in orbit https://t.co/J2FQTZGXhH

Anyway I manually spotted locations of the Man from each satellite pass. Fortunately, very few passes had an illegible center! I was able to get usable imagery for every year except 2009 and 2007; 2007 is shown on the map earlier so we know where it is (with some necessary uncertainty).

Here's my final data set, plotted out on the LANDSAT 8 pass of 2018-08-28, aka Tuesday. Note the tight clustering around the current location! I'm also going to zoom in a bit, because the labels stomp each other due to overlap. (Even then there are still some stompings; 2018 and 2016 are very close together.)

CORRECTION: 2010 is in approximately the same location as 2018 and 2017 and 2008 on this map. It's shown really far off here because the LANDSAT 7 imagery was very much misregistered and I didn't catch it in time. Corrected maps are coming eventually ... 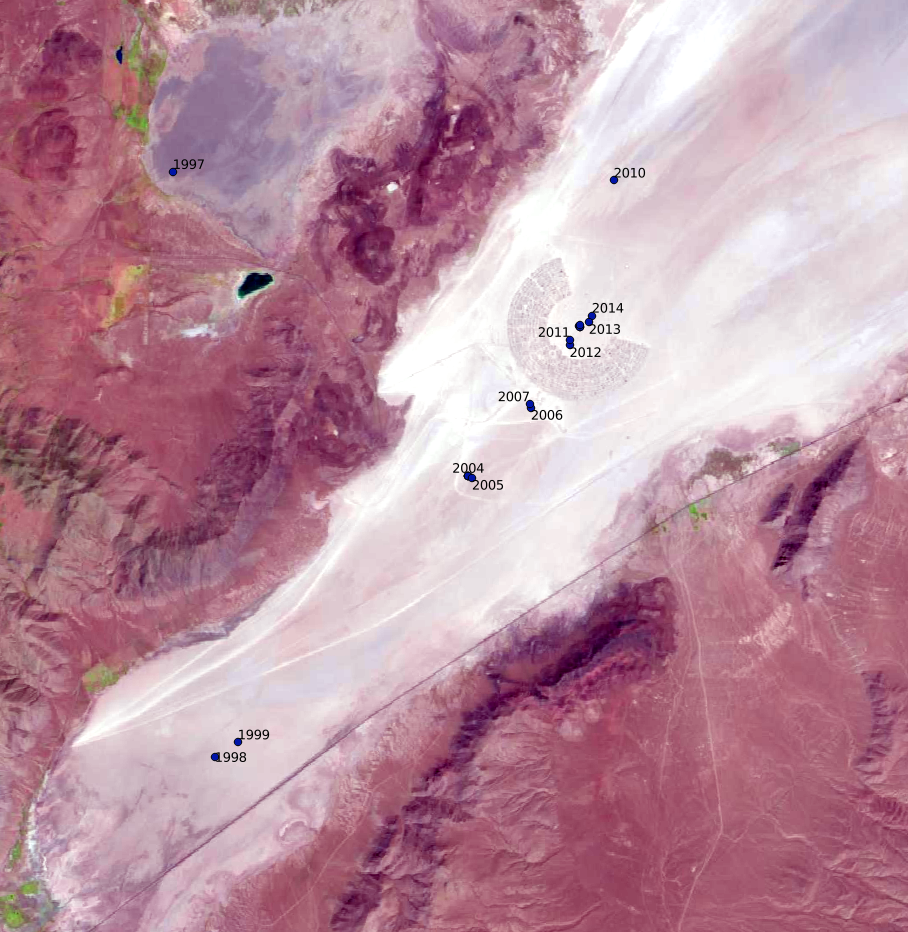 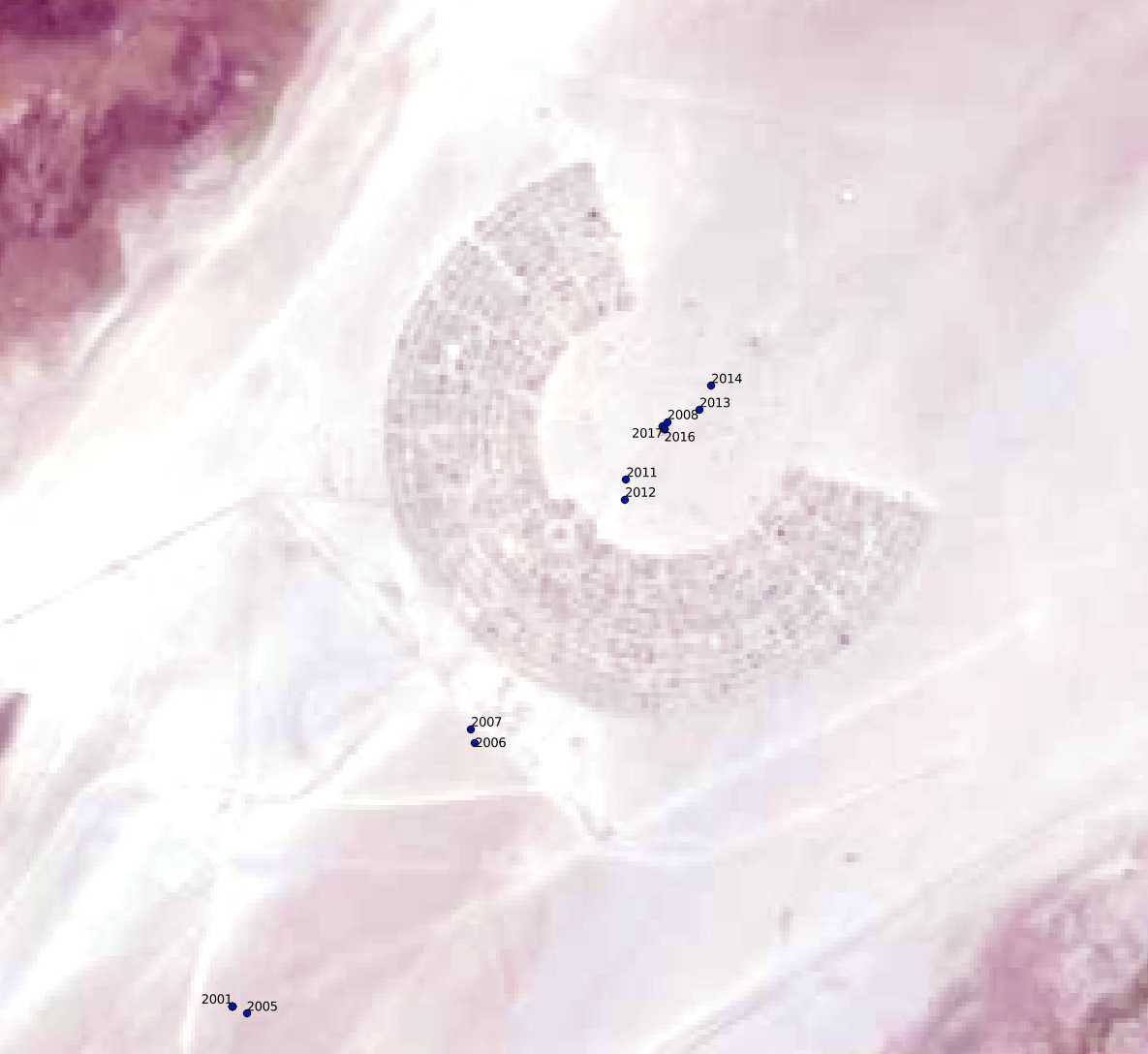 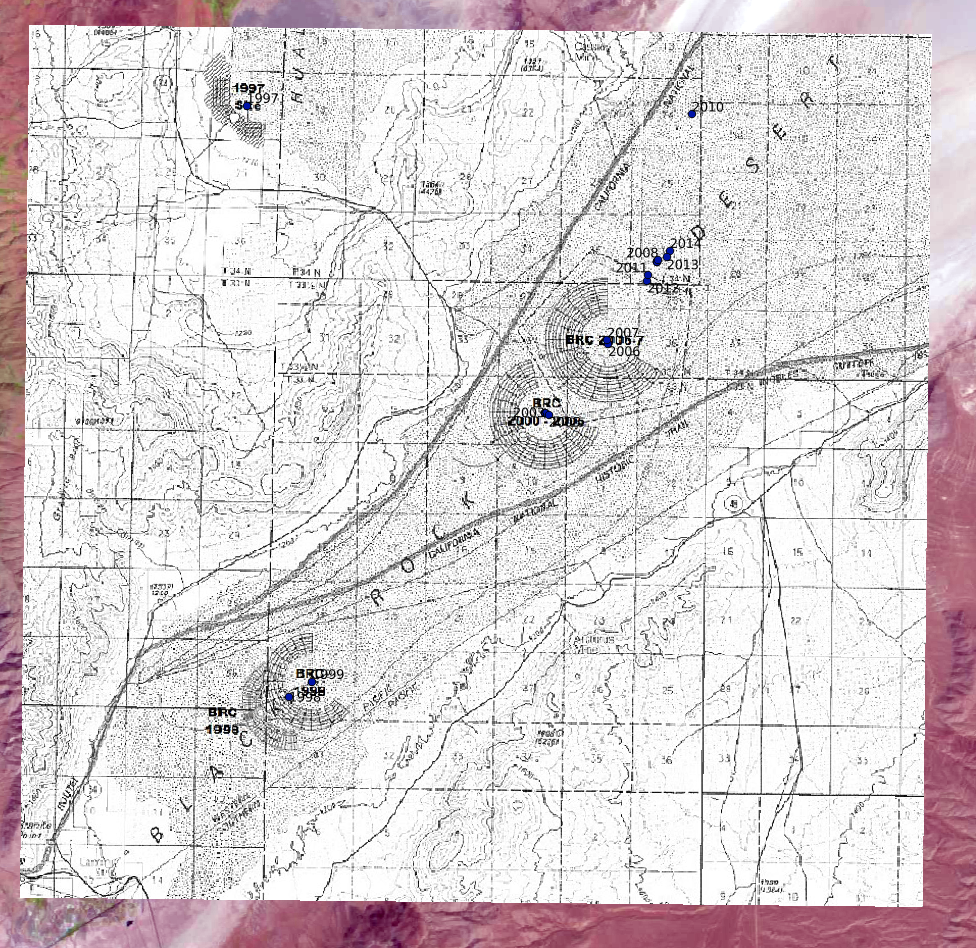 So, what can I tell from these maps? Some observations:

Maybe this summer I'll see about going to visit some of these previous locations.